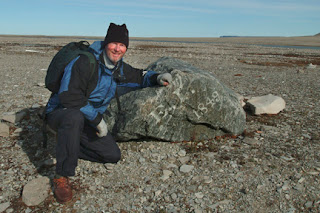 Friday, Sept. 7, 2007 Nome, Alaska
Arrived in Nome yesterday and just in time as a gale is forecasted for the Bering sea through the weekend. Good time to duck into this booming gold town on the west coast of Alaska. This is a great place to really cut loose and celebrate and we did just that last night.

We passed through Bering Strait into the Bering Sea with Siberia less than 40 miles to starboard Wednesday about 1600 Hrs. At that point, Cloud Nine was farther west than the Hawaiian Islands. Very interesting, but totally remote part of the world. We have seen only one vessel in the last 1200 miles.

Reflecting on the Northwest Passage a bit and on the Arctic in general, some of the same themes keep coming to mind. First of all, I have an overwhelming respect for our predecessors, many of whom perished in this unforgiving wilderness. It is awesome, in the International Polar Year, 100 years after Amundsen first transited the NW Passage, to revisit the Arctic and retrace his path, in his footsteps.


I feel strongly that we have witnessed the end of an era and the beginning of a new one. The golden age of exploration, Amundsen’s era, has come to a close, and a new era of exploration involving study and change in the earth’s climate is just beginning. We on Cloud Nine have experienced both eras. Frozen in and stuck in the ice twice over 13 years, and now sailing through unscathed and witnessing an ice-free Northwest Passage. We have bridged the two eras.

Will the Passage remain ice-free? Probably not every year, but the trend appears to be in place for continued opening for longer periods, as multiyear ice has a more difficult time forming as land and seas warm. I feel privileged and humbled to have witnessed these events and to have been a minute part in this vast history.
The Arctic and Antarctica are experiencing rapid change in climate and anyone interested in this issue should take a good, long look at what is happening around the poles. Now, what do we do as people to change? Thus begins a new, and exciting, era of exploration. 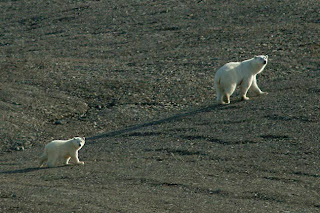 Wednesday, Sept. 5, 2007 Chukchi Sea near Bering Strait
At 0544 Hrs, 9/5/07, Cloud Nine and crew recrossed the Arctic Circle heading south to officially accomplish the transit of the Northwest Passage. We had a small party to celebrate (hard to party at 6 am), recounted a few stories, and were on our way again, now to the Bering Strait, and Nome, Alaska.

It is very hard to put my feelings into words today. Thirteen years ago we tried the passage, ice turned us back north of Peel Sound. Two years ago, Cloud Nine attempted again and was thwarted by pack ice in Franklin Strait, and ironically, abandoned their attempt on the same day, Sept. 5, that we accomplished the Passage this year. 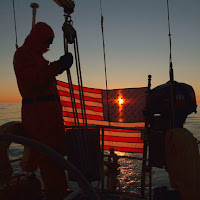 As far as history, we made a couple “firsts” here. We are the first American sailboat in history to transit the Passage from east to west, the classic route, Amundsen’s route. We are the first American sailboat to ever sail the Passage in a single year. And we will no doubt go down as one of the fastest transits of any nationality throughout history. Roger also thinks he may be the oldest skipper to accomplish the feat at a spry 76. It has been a very hard push as we have traveled over 5000 miles since leaving Halifax, Nova Scotia, July 19th.

We are all planning a bit of personal time in Nome, Alaska, upon arrival tomorrow and it will be a very welcome break to catch up with friends and family and see a bit of Alaska we have not seen before. I have taken about 3000 photos along the way and 15 hours of HD video of our adventure. It will be lots of work to edit through, but I look forward to the compilation and sharing of this incredible story. 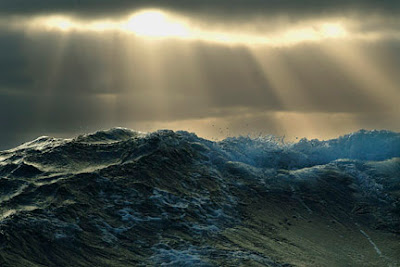 Off watch. Have a gale and 12-15 foot seas running; just the way it should be. Very cold, about 30 degrees this morning. Just jibed at our farthest northwest point and are now on our southern run. I was laughing about feeling a bit closer to home turning south, ironically at Pt. Barrow, as far away as we could be in North America, 300 miles north of the Arctic Circle.


Wednesday, August 29 Tuktoyuktuk, Inuvik Region, NWT, CA
Just arrived after a 700 mile run out of Cambridge Bay. Climbed and clawed north and west out of the Arctic, at times tacking into the icy headwinds. Passed our first of two potential ice barriers. Soon we will be clear of this potential threat in ice-free waters again. Days are getting shorter and we now have a night, but nights are spectacular when you can see the sky. For instance, last night.

Mind you, we have not seen the moon for a month and wondered if there was some Arctic effect going on. Well, we discovered last night it was not only full, but we had a full five-hour lunar eclipse going on with a few northern lights thrown in for dessert. I have never witnessed such a sight. Once again, the special moments in these remote places on earth remind me of why I love to return.

So, a quick stop in this dusty, little western Canadian Arctic hamlet. It’s very shallow coming in here and we had 10-16 feet of water for over five miles (we draw 9 feet). Went aground six feet from the dock in under 8 feet of water, but no problem getting off the soft mud and just sat at anchor. Interesting village, very nice people and the last place to get any provisions in a safe harbor for the next 1200 miles.

*Look for an article in the Wall Street Journal, by writer Douglas Belkin, who we met with at our last stop. He's working on a story involving climate change and how it is affecting the area economically (for example, new multi-million dollar DeBeers mine.) Exploration. Exploitation.

Finally, for those of you who know my family, this Labor Day weekend marks a sad time for us. Seven years ago I was on Cloud Nine, in Alaska, and got the call that Dad had died. A strange coincidence to be aboard Cloud Nine and arriving in Alaska this very weekend; but I believe Dad is watching and helping things go better this time around.
Posted by David Thoreson at 6:40 PM

Congratulations Cloud Nine! We cracked open a few bottles of champagne here at Okoboji in your honor. A mighty impressive feat to say the least!

ps - the photo on Sunday, Sept. 2, 2007 Point Barrow, Alaska. Should be on msn.com This Week in Pictures or maybe on the cover of LIFE, or hanging on my living room wall or something? Needless to say, that's some good stuff.

Wonderful site. Lots of useful info here. I’m sending it to a few buddies ans additionally sharing in delicious. And of course, thank you for your sweat!
Tips Game
My Chanel
Tips Android
Find anything here